Friends of Touch of Nature

Lyle has been an outdoor recreation enthusiast most of his life. He retired in 2016 after 27 years with SIUC as a Counselor Education faculty member. In his final year, Lyle served as Interim Dean for the College of Education and Human Services. In 2018, Lyle completed the training to be an Illinois Master Naturalist. Lyle joined the Friends Board in 2017 and was elected President in 2018. 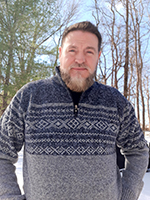 Matt is originally from Missouri where he developed his enthusiasm for outdoor activities in the Ozarks.  He particularly enjoys mountain biking, hiking, fishing and kayaking.  Matt is a special education teacher in our region and has been serving students with special needs for over twenty years.  Prior to joining the Board of Directors in 2021, he has been an active member and volunteer at Touch of Nature Outdoor Education Center, dedicating most of his volunteer time to the planning, construction, and maintenance of the trail system.  In addition to serving the public through dedicating time at Touch of Nature, he enjoys volunteering with the Shawnee Mountain Bike Association and the U.S. Forest Service to enhance trail accessibility and promote cycling in our region. 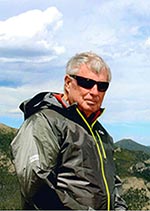 Gary was a former camp counselor at Camp Little Giant from 1961-64. In the summer of 1965, he was the Camp Director for the Kennedy Foundation Day Camps, and during the summer of 1966, was the Camp Director for the Illinois State Cerebral Palsy Day Camps. During the two summers, he and his team provided camp experiences to children with disabilities in six communities throughout the state of Illinois.

Gary is a retired educator who spent his entire professional career working with individuals with disabilities - as a teacher, psychologist, and special administration educator, including Director of Special Education for Williamson County, Illinois. He also served as an adjunct professor from 1987-2002 at Southern Illinois University in the Department of Education and Educational Psychology.

Gary has been a member of the Friends of Touch of Nature Board since the mid-1980’s serving in various positions including President during a time in the early 1990’s.

Linda was a junior camp counselor at Camp Little Giant from 1955-57 at Camp I, and taught archery and canoeing at Camp Little Giant. Ann Freeberg was one of her campers in her tent (at her father's request). She attended Indiana University on Dr. Freeberg's advice and majored in Recreation and Outdoor Education. When the Touch of Nature Friends Board was formed, she became part of the group, again, at Dr. Freeberg's request. 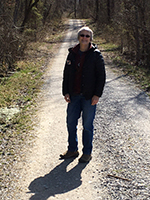 Jane grew up in Minnesota, where she learned to love canoeing, camping, and other outdoor activities.  She retired from SIU in 2015 after 29 years as a psychology professor and administrator.  She is a Master Naturalist and enjoys using her training to work with children and adults in learning about the natural environment.  Jane joined the Friends Board in 2021 and serves as its Vice President. 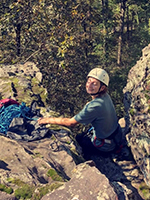 Alexia is the Friends of Touch of Nature student representative. She is a a student as Southern Illinois University Carbondale studying Outdoor Recreation Adventure Leadership. She is also the Aquatics Coordinator for Touch of Nature Outdoor Education Center as well. She has worked at Touch of Nature for two summers now and will continue into the upcoming school year.